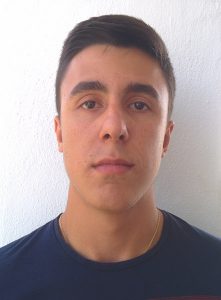 The scope of this project was to investigate different joining technologies and surface treatments to improve bonding strength for current engineering projects at Lentus Composites. The project initially evaluated the use of rivets in composite materials, then moved on to a hybrid of adhesive and rivets and finally the use of only adhesive with different surface treatments. The surface treatments investigated were shot blasting, vapour blasting and plasma treatment. Shot Blasting and Vapour Blasting are readily available at Lentus Composites, on the other hand Plasma treatment was done at Enercon. All coupons were made out of carbon fibre and cut into two different shapes, for the two different tests following ASTM standards. The coupons were tested at Lentus on a tensile test rig, loaded into jaws that clamp to both faces of the coupon and mount into carriers that bolt into the rig. The project successfully found that using adhesives instead of rivets is a viable solution, while the correct procedures are undertaken, and the bond line thickness is controlled in the best possible way. Plasma treatment has great potential – from the surface energy measurements it can be seen that untreated carbon fibre has a low surface energy, while the highest level of energy achieved when plasma treated elevated that number a great deal with a very low exposure time.

I have always been interested in the world of Motorsport and want to be involved in it on a technical side.

The stand out feature of UWTSD, was that they had a student racing team which is involved in an official competition.

Work hard and achieve success within the engineering sector.