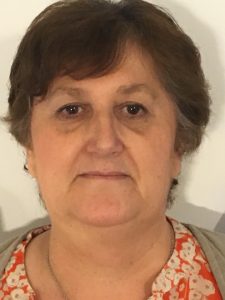 Advanced Persistent Threats are an increasing problem for cyber security experts as hackers use multiple tools and techniques to infiltrate systems and stay undetected.

The project focused on various ways of performing an Advanced Persistent Threat and how understanding them could help with the analysis of such attacks. Through research of what attacks are, how they are carried out, and examining the psychology of who carries out these attacks, knowledge of how to effectively analyse an attack was obtained. The project also researched tools, policies and procedures required to forensically undertake and efficiently perform the analysis of an Advanced Persistent Threat.

The Windows drive produced evidence of:

A trojan in the MpAsDesc.doo.mui log and folders deleted from the Windows system.

There was enough evidence to conclude the attack was advanced in nature, persistent and a threat to the security of the network. 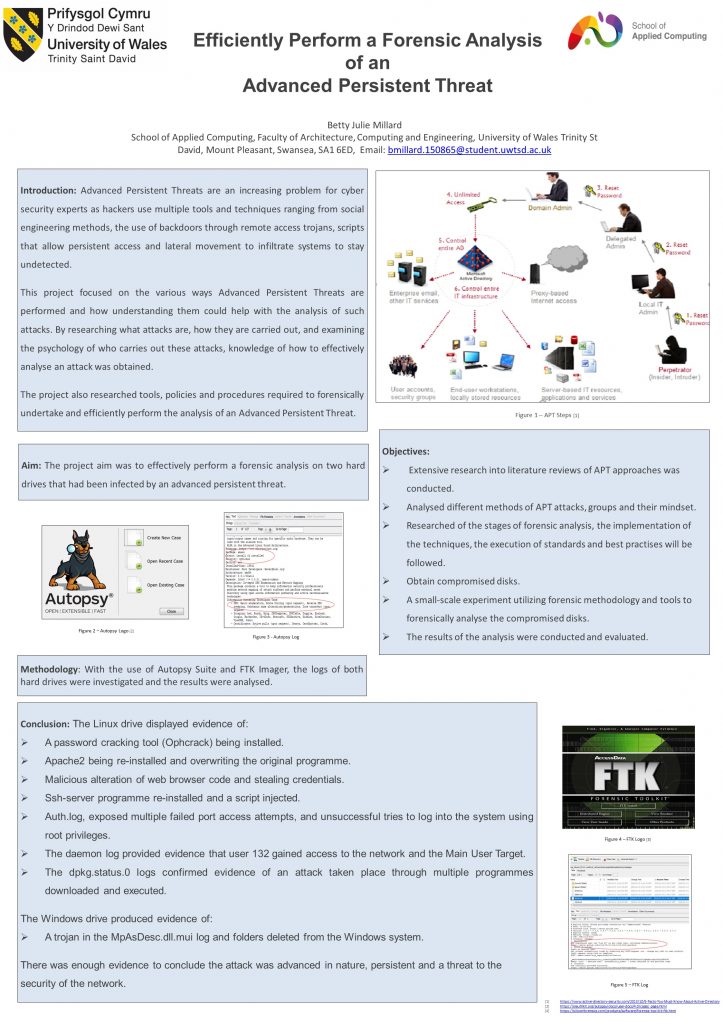