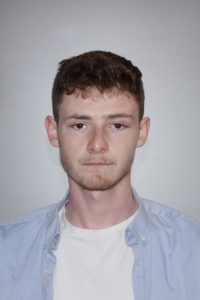 Project title: Simulating the Iris' Response to The Amount Of Light/Dark

This study demonstrates how to simulate that the human visual system in relation to the amount of light within a 3D virtual reality scene. With the use of a virtual reality headset research helped aid the create of a suitable shader/visual effect for the sole purpose of recreating how eye adaption works but within a virtual world.

The research considered the human visual system to find how the eye adapts to light. The anatomy of the eye was also studied. Other information such as the impact that visual effects have were considered and whether they are still relevant and beneficial to current games and future ones.

The findings were that visual effects are still being used at present but development of further effects seems to be where a gap lies. With the human visual system being at the core of games and a gap for a shaders, it would be beneficial as a core gameplay feature or to be used in recreation of a realistic effect. The use of VR helped to make the effect true to its form. 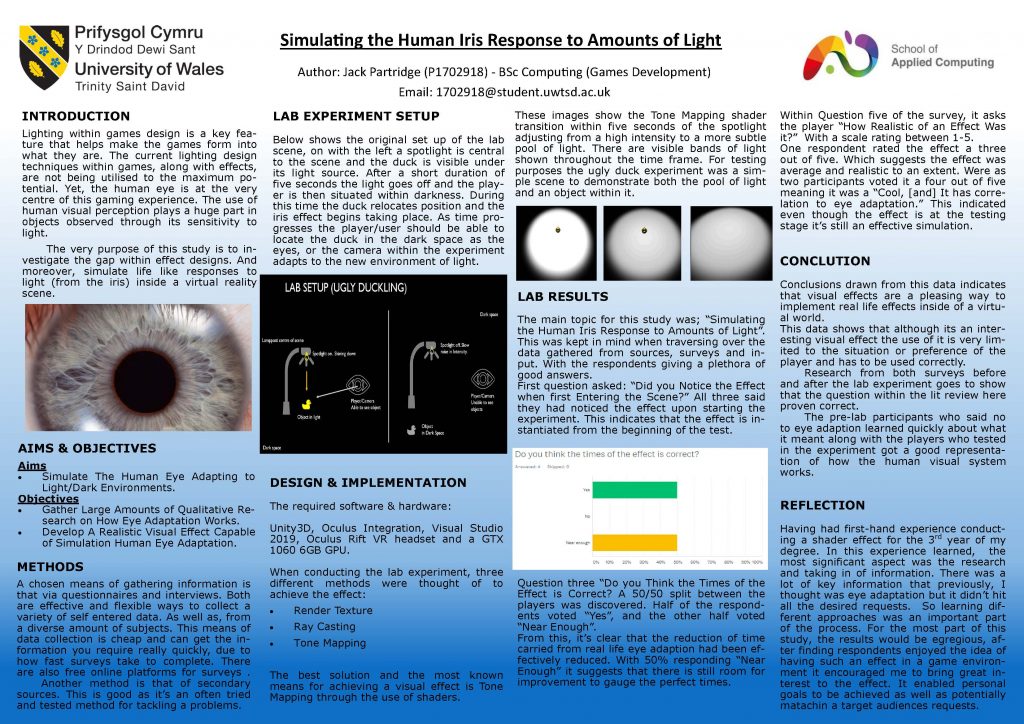